Returning to the Scene of the Crime

It was 1991 when I first stepped on a stage to perform stand-up comedy. I’ve done a few other things since then, and now I’m returning to the very stage I sullied that night – the world-famous Comic Strip. 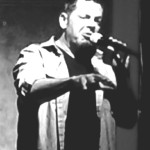 Like all young comedians, I hung around for hours until I finally got my shot, at around 1:30am. That’s when Eddie Murphy dropped in to kill for 45 minutes. THEN I went up. Now that I know what bombing is, I would say I didn’t bomb that night. Still, here’s a chance to see me do better. While I haven’t yet found a NYC venue in which to recreate my long-running LA show, you’ll get to see some of that material and some other great comics! LOOK FORWARD TO SEEING YOU THERE!!! Please Note: The is a special event and it’s an early bird special, so no passes, just a $14 cover (one drink included!).