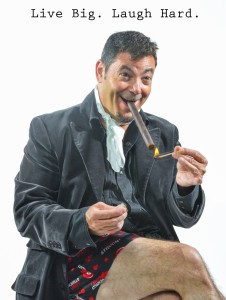 TUPCOC Productions will preview the stage show “Tiny’s First Steps” at the iconic Pig ‘n Whistle! An eclectic blend of spoken word and music, this will be the first live performance of Tiny Sirko (aka Hersh Rephun) in LA.

Show up at 10pm so you don’t miss anything! Full bar & dinner menu. Live music before and after our set.

$10 cover to support music and comedy at the Pig. (but Like TUPCOC on FB and it’s only $5! Just let them know at the door)

Join the fight for creative liberty! As Tiny says, “ask someone to whip out their TUPCOC, and you see how free they are!”

See more, including the trailer for the new sitcom/talk show, TINY UKRAINIAN POET CAUGHT ON CAMERA, created by Hersh Rephun and Stuart Wilson, at www.TUPCOC.com!