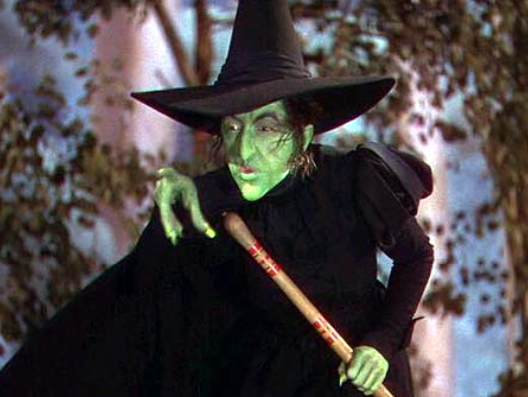 “THE WICKED WITCH OF THE WEST”

You said I should just riff so here’s my Monday morning brain dump:

They say you can call yourself anything you want, but your name is what other people call you. That’s turned out to be true, because while I could say “Elphaba Throp” a thousand times in a row, when I’m banging around the Winkie Country I’m going to hear “Hey, that’s The Wicked Witch of the West!” All I can tell you is, pejorative labels don’t make anyone a better person.

It doesn’t matter which country you live in, people can be cruel, especially to an aquaphobe with blotchy skin. What I wish people would see is the human behind the broomstick. The Wizard of Oz himself has been after that stick for ages, and who can blame him – it flies! Cool! But take away the broom, the golden cap, the crystal ball, and the other magical affectations, and all I am is a woman. A woman who’s suffered loss, and carried on.

My sister, Nessarose, was the only one who really got me. They called her “The Wicked Witch of the East” (soooo creative). She was killed by a troubled young girl from another planet, who stole her slippers (wha?). That alone should have sent me to therapy, but the closest thing to mental healthcare they have around here is the spa in the Emerald City (they’re hardly ever open and I can’t go there anyway, long story). So, under the protection of Glinda, the “Good Witch of the North” (so a “good” witch encourages theft, now?) this kid Dorothy is making me chase her all over the place to try to reclaim my inheritance.

This craziness has taken me away from my central pursuit, caring for a rare breed of Cercopithecidae, otherwise known as “winged monkeys” (remember what I said earlier about names). I’d really like my bio to be more about that stuff, and the 40 wolves I care for. The humanitarian side of my life. I also have welcomed a tribe of local single men to live with me in my castle (don’t get the wrong idea, I’ve never seen them out of uniform) who march around in a daze carrying spears. Can you tell I’m lonely?

The closest I’ve come to dating lately has been my encounter with a scarecrow, a tin woodsman, and a lion who talks, sings, and is afraid of his own tail. Getting my hands on some magic slippers doesn’t sound like the craziest idea ever right about now.

So. Do you think you can turn this into a decent bio? Or maybe a Q&A is better? You’re the expert!